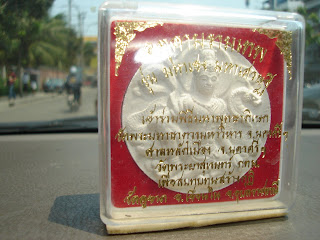 In Bangkok, fashion and upscale dining trends come and go quickly. By the time you've figured out what's in, it's already out. Producers of fake designer bags can hardly keep up with the demand for the latest knockoffs, and so-called "chic" restaurants change hands and themes so frequently, you're not sure from month to month if a place will be serving pasta primavera, sushi, or sushi primavera.
Last year in Thailand, we even had a trendy god. Around this same time one year ago, many superstitious Thais were obsessed over a particular magical talisman that promised instant wealth. The talisman is a Hindu-Buddhist mythological god named Jatukam Ramathep. Jatukam is generally depicted sitting, surrounded by a seven-headed serpent, and is most commonly found on large round medallions worn as necklaces, encased in plastic boxes, or hung from the rear view mirrors of taxis.
The craze apparently started with a rumor that someone wearing a jatukam image struck it rich. Suddenly, everyone and their taxi driver was heading south to Nakhon Si Thammarat, the place where they're made, to get one. I heard at one point that some of the jatukam amulets were fetching thousands of US dollars. I guess it's true what they say about needing to spend money to make money. Most disturbing, however, is the true story of a woman being trampled at a temple by a mob of greedy believers competing to buy a prized jatukam.
But, like the other trends in Bangkok, the fad has faded. You can still find the amulets in Bangkok taxis, but I've been told by several drivers that the jatukams have greatly depreciated in monetary value. Maybe they didn't work as well as expected. Anyway, I would guess the only ones who got rich were the monks who made and sold the amulets.
It'll be interesting to see what the next trend will be in Bangkok. Hopefully, it won't be sushi primavera.
Posted by Dale at 3:14 PM 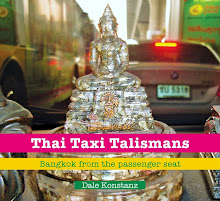 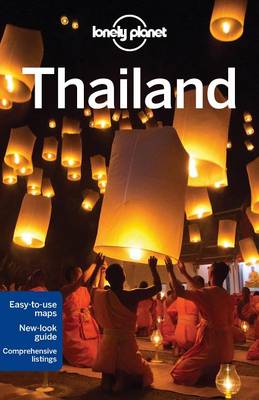 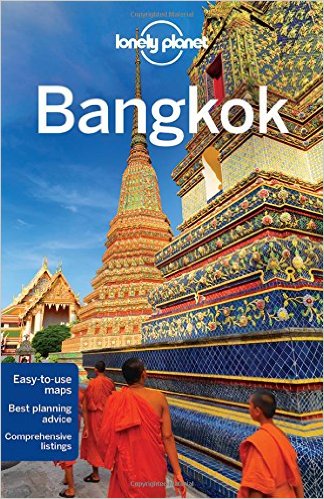 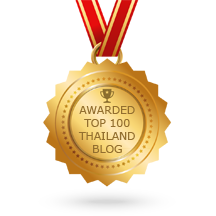